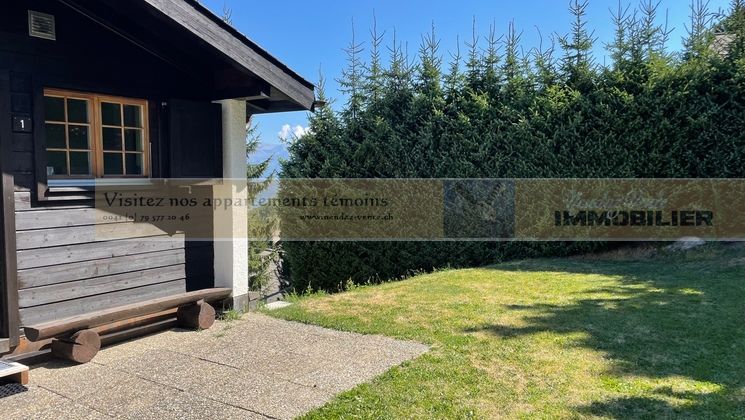 A small chalet of 50 m2 in Haute-Nendaz, at the place called "Tsamandon".
A magnificent view on the Valaisan alps.
Description :
- 2 bedrooms
- 1 renovated bathroom with shower
- 1 living room
- 1 kitchen
- 1 private lawn

Chalet located in the resort of Haute-Nendaz, in the place called "Tsamandon", 10 minutes walk from the centre, green area, nice view.

The ski bus passes in front of the chalet. An exceptional view of the Valaisan Alps.

The accesses are maintained by the caretaker (summer and winter). This chalet is easily accessible and is located next to the winter shuttle bus stop.

The chalet was built in 1974 and has been partially renovated.
The renovation fund of the condominium provided SFR 2'000 for the replacement of the windows. The doors are new.
The gas heating was installed in 2009.

On request, we will send you further information.

Private garden in front of the chalet, it has the advantage of being maintained by the caretaker and this service is included in the amount of the annual charges of CHF. 6'000.- including heating.