Studio in Nendaz Station for rent 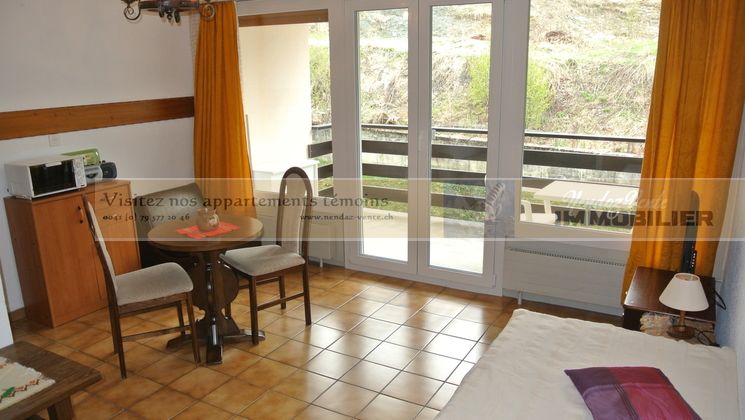 Studio in the building Mont Fort in Nendaz for rent from May 1 to November 30.
This studio is located next to the ski lift of Tracouet in a very quiet situation.
It has a south facing balcony and a small cellar.

An apartment of 25 m2 + Balcony
Bathroom with shower

○ Optimal
I am interestedPDF Dossier